CCG IQ’s Guide to Life in Charlotte: Free Workouts to Stay Fit and Have Fun

Posted in Life In the Queen City

Living in Charlotte comes with a lot of perks — great sports teams, a beautiful skyline and tons of ways to be active and stay fit. While there are plenty of gyms and yoga studios that offer memberships in the Queen City, there are just as many opportunities to break a sweat for free. Not sure where to start? Don’t worry, we’ve done the heavy lifting and rounded up the top workouts that you should add to your exercise regimen.

In addition to fantastic craft beers, many of Charlotte’s breweries offer weekly group runs that cater to novice and experienced runners alike. If you’re looking to fill your week, check out the Heist Brewery run on Monday night, the NoDa Brewing Run Club on Wednesday and the Legiondary Run Club at Legion Brewing on Thursday. These clubs are a perfect way to meet fellow CLT runners and share your training and racing stories over a beer. If you want to learn more about all of the groups around the city, check out this great overview by Work For Your Beer. 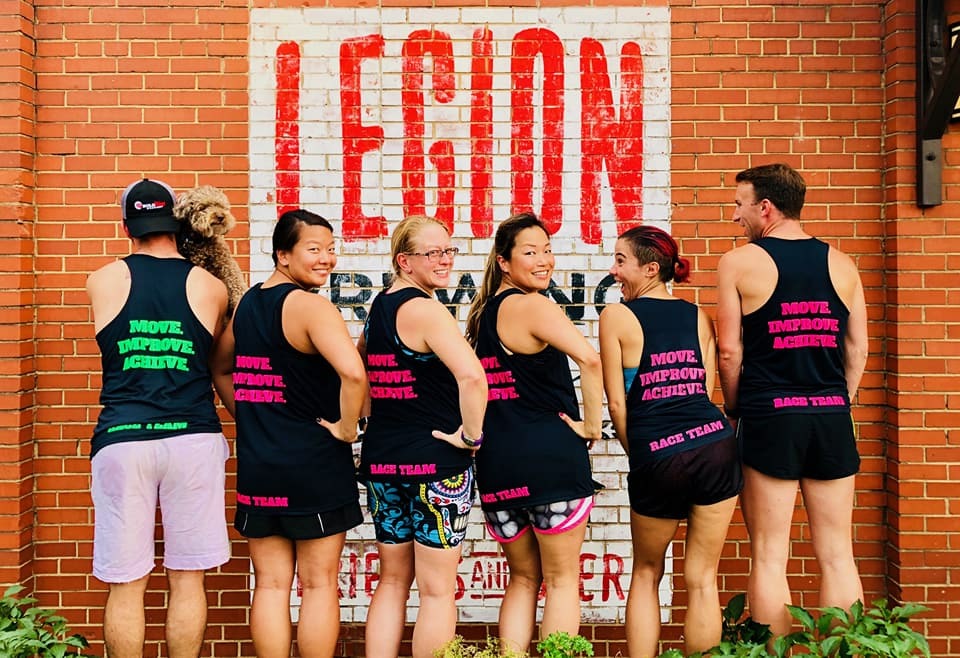 Runners have a choice of not one, but three different routes at the weekly SouthEnd PUB Run held on Monday nights. The run is a collaboration between Pop the Top Craft Beer Shop (the P), The Ultra Running Company (the U) and Blaze Pizza (the B). In addition to guided 1- and 5-mile runs, there is also a 3.5-mile option led by Black Men Run. Your first post-run beer with the group is on the house, and each time you show up you’re put in the running for a free pizza!

There are few things more satisfying than a stack of pancakes post-run. The Flying Biscuit Run Club — held on Sunday mornings at both 6:30 and 7:30 a.m. — is a perfect fit for early birds who like to get their miles in right after the sun comes up and move on with their day (after a hearty breakfast, of course). There are two distance options — 3 and 6 miles — and runners can stick around and enjoy a discounted meal at the Flying Biscuit Cafe post-run.

Relieve Some Stress on the Mat

Grab your mat and build your core at Free Range Brewing’s weekly vinyasa flow. The class is on Thursday nights and open to all levels of yogis. Our own Allison O’Connor, an HVACi account manager, is one of the rotating instructors!  Be sure to stick around after class to enjoy one of the brewery’s cleverly named beers like “Jenny, Lost in the Woods” or “You’re Everything I Knead.”

Not only does The Pizza Peel & Tap Room serve up great-tasting pies, they offer free yoga too! The classes are held seasonally on Monday nights on the restaurant’s lawn in Plaza Midwood. Each one is led by a local instructor, and yogis are welcome to enjoy a $4 wine or beer after class has ended.

Yogis who love to take their practice outdoors have plenty of classes to choose from at the U.S. National Whitewater Center. The USNWC’s yoga series offers 270 practices throughout the year, including nine per week from May through October. The one-hour classes are held at the facility’s South Ridge and there are several practices to choose from, including Morning Power Flow, Slow Flow and Fun Flow.

Build Your Strength and Stamina

Get moving at the free bootcamps offered on Tuesday and Thursday evenings at STAX. The classes are great for building strength, improving endurance and losing weight. Past workouts have been led by former NFL star Randy Moss and CrossFit Games competitor Emily Breeze Ross Watson.

Get ready to sweat at Sugar Creek Brewing’s Taproom Fitness on Wednesday nights. The workout is led by CrossFit Mecklenburg and held inside Sugar Creek’s warehouse. Trade in your kettlebell for a beer once class has ended to show the brewery some love for hosting!

F3 is a national network of free bootcamp-style workouts for men, which originated in Charlotte in 2011 and has grown to more than 25 states. The three Fs stand for fitness, fellowship and faith, and the group holds all-level workouts in various locations around the Queen City. Check out the website of the organization’s flagship Charlotte chapter for a helpful list of all of its weekly bootcamps, meetups and gatherings.

The Plaza Midwood Tuesday Night Ride (PMTNR), organized by the Charlotte Spokes People, is one of the most popular weekly bike rides in the Queen City. Cyclists meet at The Common Market before heading out for 15 miles, and the ride is always on — rain or shine. The group typically makes a pit stop around the 10-mile mark at a participating Bicycle Benefits business, so be sure to get a sticker for your helmet so you can score some discounts.

11. The Unknown Bike and Brew

If you’re looking for a weekend challenge with a noble cause, check out the Unknown Bike and Brew on Saturday afternoons. There are 10-, 25- and 35-mile route options, and the rides are affiliated with the Over the Edge Cycling Club, which helps raise awareness for such organizations as the National Multiple Sclerosis Society and the 24 Foundation. Stop in the brewery for a beer after the ride is over and raise a glass with your fellow cyclists. 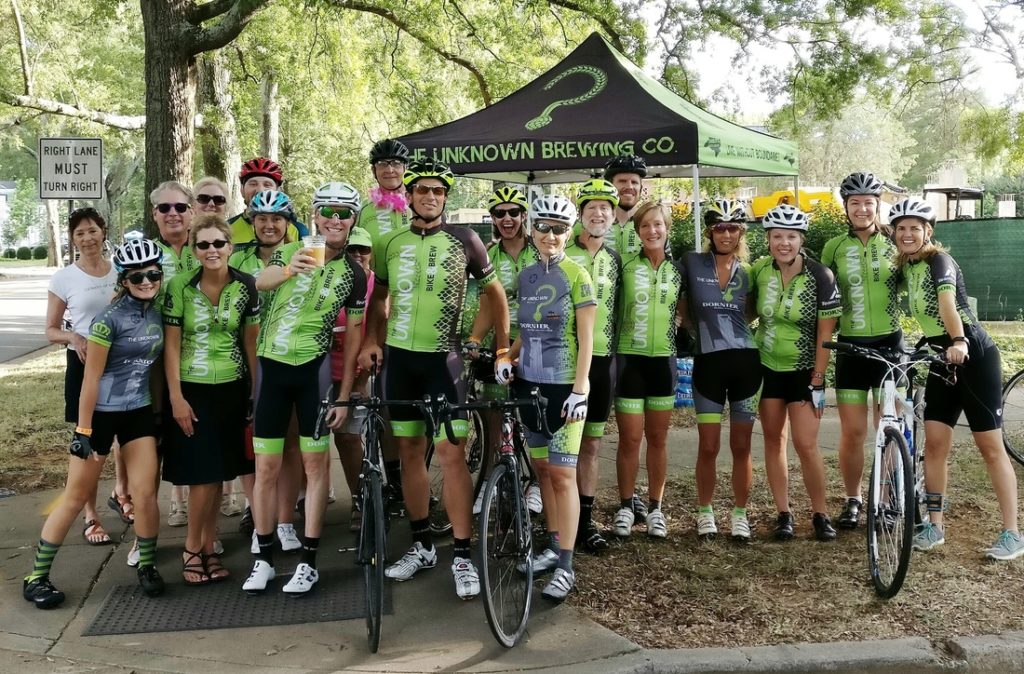 Riding a bike is one of the best ways to see a city, and it’s a belief that the Easy Urban Ride thrives on. Cyclists leave from the Spoke Easy every Wednesday night for a casually paced 10- to 12-mile ride with a no-drop rule (that means no one gets left behind). After exploring the greenways and the city streets, the group loops back to the shop for a post-ride beer.

There’s no shortage of fun ways to break a sweat in Charlotte. Want to jumpstart your career in a city that loves to stay active? Check out our current opportunities!